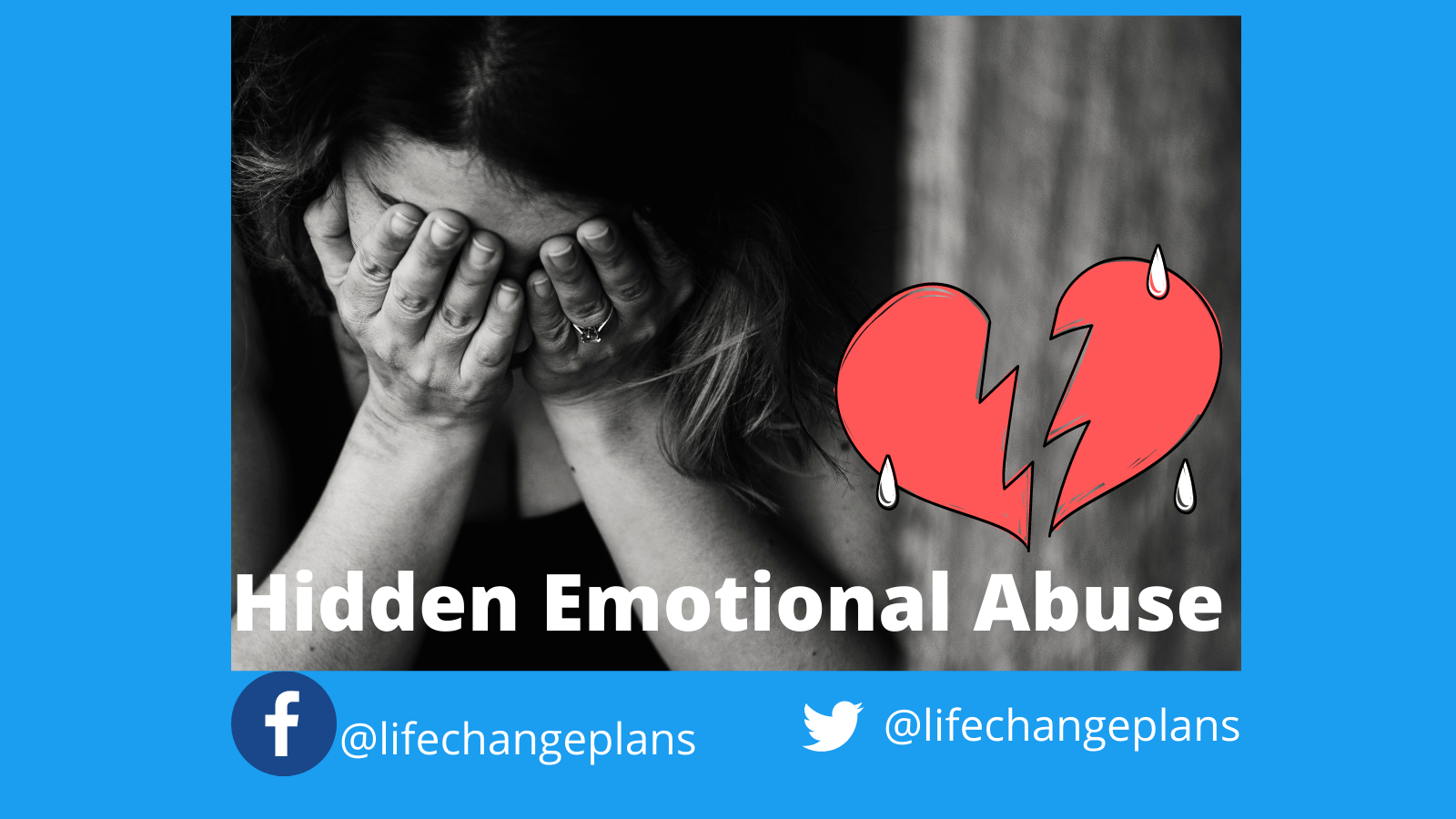 People do not understand #coercivecontrol it is power and control, manipulation and mind games, emotional and psychological abuse. It is what I term hidden emotional abuse. Often the victim does not realise they have been in an emotionally abusive marriage or partnership until they become trapped in the relationship or on termination or after separation.

He relentlessly tries to prove he is confident, self-assured and easy-going. In actuality, he is ridiculously jealous and insecure. If he perceives that she is stronger, or better than him in any way, he becomes helpless. Then he uses a tone of voice or says something in an attempt to elevate himself and weaken her. Throwing tantrums when she has fun with other men when they’re out at a party. Getting angry if she talks to him about her male friends. He does not have any friends of his own. He has no interests besides TV, surfing, football and rugby, and has trouble making small talk social conversation. Tells her that his skills are better than hers, that his eating habits are better than hers, he paints better than her, and his photography is better than hers.
The “alpha male” myth requires her to be grateful that someone so special wants her. He makes statements that create a clear implication that he is vastly superior to her, that he is everything she is not, and that she could not manage without him. The reality is that she is attractive, bright, sociable, articulate, makes friends easily and has wide-ranging interests, hobbies and skills . . . . everything he is not.
From the Blog Speak Out Loud by Claire Murphy PHD
I would encourage you to visit the Speak Out Loud website as I have discovered this while completing the research on how to heal from the trauma of abusive relationships. This is one of the best resources that I have found online. Part of the healing process is education and knowing that you are not alone in what you have experienced.

2. They are Hyper-Critical or Judgmental

In emotionally abusive situations, a partner takes criticism to the next level.
Using sarcasm or “teasing” or “jokes” to make you feel bad about yourself
Putting you down in front of others
Humiliating or embarrassing you
Having an opinion about a lot of what you say, do, or think. For example,
“You are always on the porch of indecision.” and “You rush headlong into making decisions.”
(You can’t really win when you are told you are both too quick or too slow at making decisions.)

An emotionally abusive person can use a few different tactics to get you to do what they want or to make you feel bad, such as:

Consider it a red flag when the other person engages in these behaviours:
They insult or attempt to humiliate you. Then they accuse you of being overly sensitive or say that it was a joke and you have no sense of humour.
They try to make you feel guilty and position themselves as the victim.
They save their hurtful behaviours for when you’re alone but act completely different when others are around.
Arguments take you by surprise, but you get blamed for starting them.
They hit the wall, pound their fists, or throw things.

5. They Often Dismiss You and Your Feelings

An example of how a person might control and humiliate you. When he has said something sarcastic or humiliating, a put-down remark in front of other people, “Come here and give me a kiss.” Usually pointing to his face.
Blaming you or someone else for their actions (it’s never their fault). DARVO Deny, Attack and Reverse Victim and Offender. The acronym and the analysis it is based on are the work of the psychologist Jennifer Freyd

Making fun of your achievements or hopes and dreams. Sabotage your attempts to do something to work or start a business for example.
Refusing to talk about or take responsibility for their actions. If you do dare to confront them or raise an issue with an abusive partner be careful, watch out for the backlash, they often respond with an angry outburst.