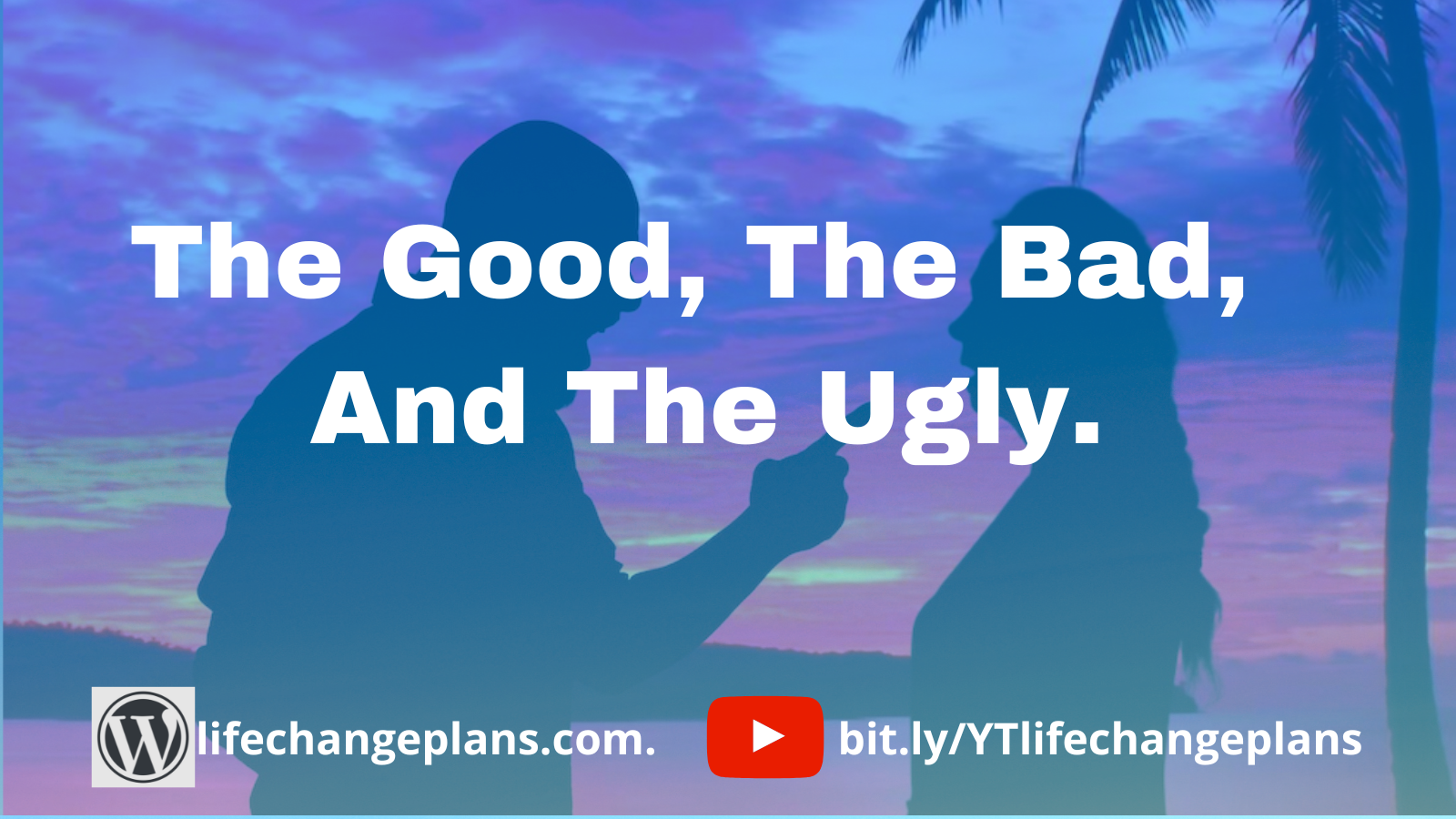 Families: The Good, The Bad And The Ugly.

You do not choose your family, families are created.

So my adult daughter tells her Aunt.

Well, I guess everyone has an opinion.

Then her Aunt says, “I’m SELFISH”.

Well, I guess that’s another opinion.

And my eldest daughter writes her rant about family life and her PARENTAGE in a post on Facebook. Plus faults of her marriage and her children.

Oh yes. When you’re a parent you take on so much.

Looking After Your Family

Fighting for your children. Giving your everything.
Driving nearly 4 hours from Sunderland to Livingston in Scotland to a laser treatment hospital because that was the nearest place that the family Doctor could find that would be able to do the treatment on a facial birthmark. Not once but many times. Like it was a whole family day trip just to get to the hospital.

Then there was the complete breakdown at 27 years old. A medical emergency. How did that happen? I wonder. You can read that chapter of my life story in the collaborative book, Faces Of Mental Illness. The words “She was a danger to herself” tipped me over the edge, my chapter title.

Leaving a marriage because it felt like I was a single mum. No support. No help, I couldn’t even talk to the husband, “can’t you see I’m watching TV”.

Then working three part-time jobs, moved out of the home into a rented place, to start over again, and studied for an OU degree at the same time. Bought back the marital home before the divorce went through. The husband moved out.

Got involved with a man, and started a business, He died very suddenly just 18 months after starting that business. Yeah, that was a shock. I kept going.

Attracted another man into my life. Thought OK, this time things will be different. Not. Spent eleven years in that relationship giving my trust, my love, and my support, and didn’t understand the red flags. Making excuses, brushing bad behaviour under the rug, and forgiving him for the huge emotional damage he caused with his betrayal.

I’ve not written that book yet. That’s another story.

My Father was an alcoholic, mentally unstable, and tried to commit suicide when I was a child.

Was carted off in a straight jacket because he resisted all attempts of medical help.

Mother was a serial adulterer. One affair after another. It happens apparently. Father couldn’t cope.

As a teenager, I was doing the shopping, the cooking, the cleaning, and the laundry, not a role that I should have been doing before I even left school. As two brothers and I remained with our Father after he told our Mother to leave the house.

Then when the bills didn’t get paid because my father was financially irresponsible and the GAS got disconnected, I had to go to the Gas board and lie telling them I was 18 years of age so they could install a pre-payment gas meter in the house so at least we had heating and hot water again.

There is no fun waking up in the morning in a cold house and not even having hot water to wash with before school.

We used a washing machine plugged into the electricity to heat water to get a bit of a wash. Or boil the kettle and added it to the basin.

Then Father’s new woman moved in, low and behold she was an alcoholic as well. Things went from bad to worse, the house was always filthy, and cigarettes ends everywhere, bottles and cans piled up at the ends of the sofas. Yeah, life was a blast as a teenager in the 70’s living with two alcoholic adults who got so pissed they were unable to climb the stairs to go to bed.

So there you have it.

The good, the bad, and the ugly.

So if childhood trauma is a thing, I think I may have had my fill of it.

Now tell me, how do adults attract abusive relationships again???