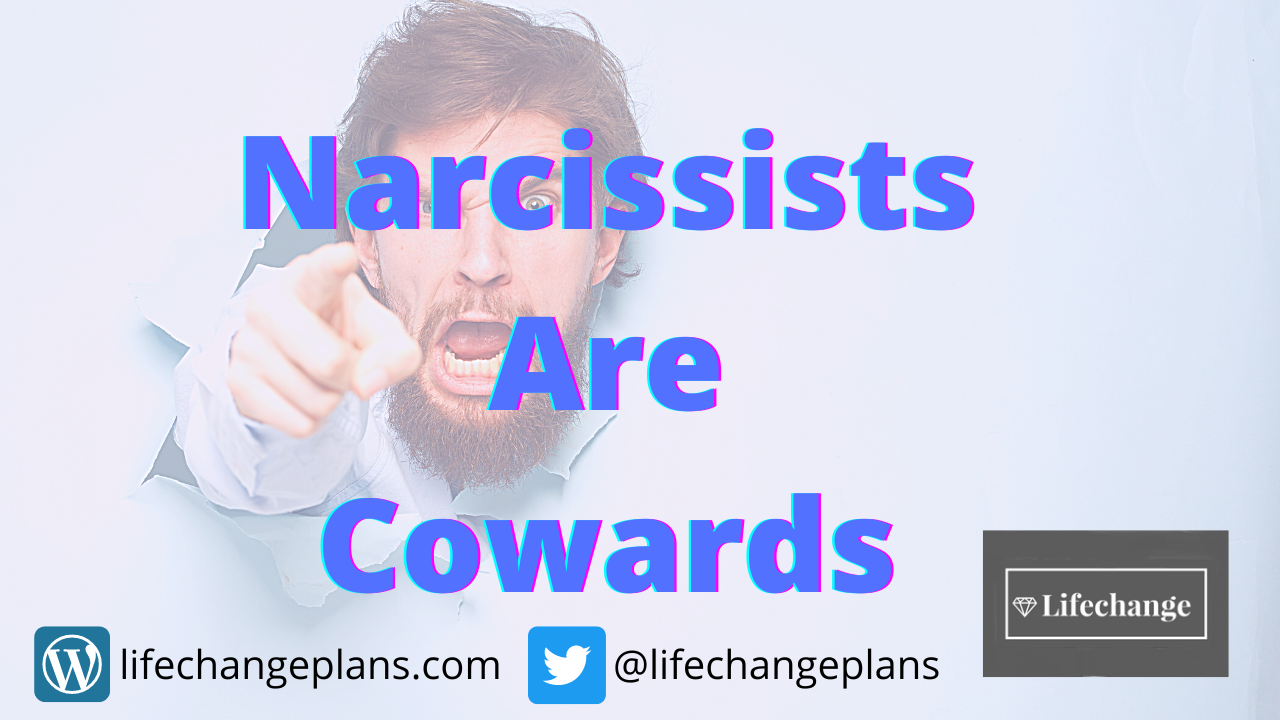 Narcissists Are Cowards My Top Five Reasons Why.

Narcissists will claim to be one of three things they will claim they are the hero the victim or the martyr or some combination of all three.

However, the truth of the matter is they are none of those things.  The reality is that narcissists are actually cowards in every single sense of the word.

I’m going to give you my top five reasons why narcissists are cowards.

Number one, they are bullies

If they feel threatened by someone then they will bully that person in an effort to wear them down. They do this in order to get them to comply and stay in line with the role they want them to play. Narcissists have a fictional narrative.  They want everyone to believe how good kind or generous they are. However, only a true coward would resort to bullying another person in an effort to force them into submission.

They do this to force a person to continue to play the role they require of them.  No truly confident, loving, kind, ethical person would ever resort to utilizing fear. Using intimidation tactics to control another person, except for a coward.

They will target people in their lives that are not an equal.  Meaning they don’t pick on or abuse people of their own size. Remember that saying “why don’t you pick on someone your own size”. Well, that statement could not be any truer when talking about a narcissist.  Why?  Because they’re cowards. They do not have the courage or confidence to abuse someone of the same success level or stature.

Number four, they gain pleasure from other people’s pain.

Narcissists actually gain pleasure and enjoyment from humiliating other people. The more public humiliation the better, often in front of family or friends. Treating other people in this manner gives the narcissist a sense of power and prestige. This is of course is a clear indication of an insecure, heartless coward. Read – How not to end a relationship.

Number 5, they have a harem.

They have a harem of flying monkeys or other sources of supply. They can often lead double lives. Have a primary source of supply, a main spouse or partner. Plus a secondary source a person with who they are cheating that they can use and exploit to do their dirty work.  They hide behind the skirts and the coat tails of their flying monkeys so that they do not get blamed or held accountable for the horrific things that they do. If and when one of their flying monkeys is caught doing their dirty work they have no problem whatsoever throwing that person under the bus and putting all of the blame on them.  Of course,  that is something only a true coward would ever do.